A view of the Polkanuggo Quarry 1902 showing workers sitting on a granite block weighing an estimated 2,738 tons. It was claimed to be the largest single block ever quarried.

Cornwall’s industrial past (and present) is etched into the landscapes around Mabe. The parish lies at the eastern edge of the Carnmenellis Granite intrusion and is surrounded by several working and closed quarries. During the 1880s over 70 granite quarries pockmarked the Penryn area, with 10 ton blocks sent to be used as breakwaters, as well as more auspicious uses such as the Richard Couer Lion monument plinth outside Parliament, and the Duke of Wellington monument plinth in Reading. Many London kerbstones are made from Mabe’s granite, as are London and Waterloo bridges. Even Carlo Alberto’s statue in Turin stands proudly on a Mabe plinth!

Several quarries in the area, notably Via Feretta Cornwall, have been repurposed as leisure facilities, and they’re worth a visit for the opportunity to get up close and personal to the scale of former activity.

Closer to home you’ll notice loads of granite all around Trewena; it makes up all our boundary walling, and is what’s been used to make the original parts of the Pigsty and Little Avalon (hence the thick walls). If you’re in Little Avalon, take a look at the fireplace and image how heavy the three stones are that make up the sides and the lintel!

To the southwest of the village is the gorgeous parish church, the Church of Saint Laud, which is dedicated to Saint Laudus, Bishop of Coutances. It’s a bit of a walk from the village itself but overlooks Argal Lake in a truly heavenly spot.

Originally built in the 15th century the church consists of a chancel, nave, and north and south aisles. The tower has three stages, and is finished with battlements and crocketed pinnacles. In February 1866, the church was struck by lightning which damaged it such that the entire fabric, excepting the tower and porch, had to be rebuilt.

In the churchyard, there is an ancient menhir and a Celtic cross. The latter was found in the vicarage garden and installed near the porch, at some time between 1919 and 1930. There is another cross at Helland, a farm where there was a garden formerly the site of an ancient chapel. 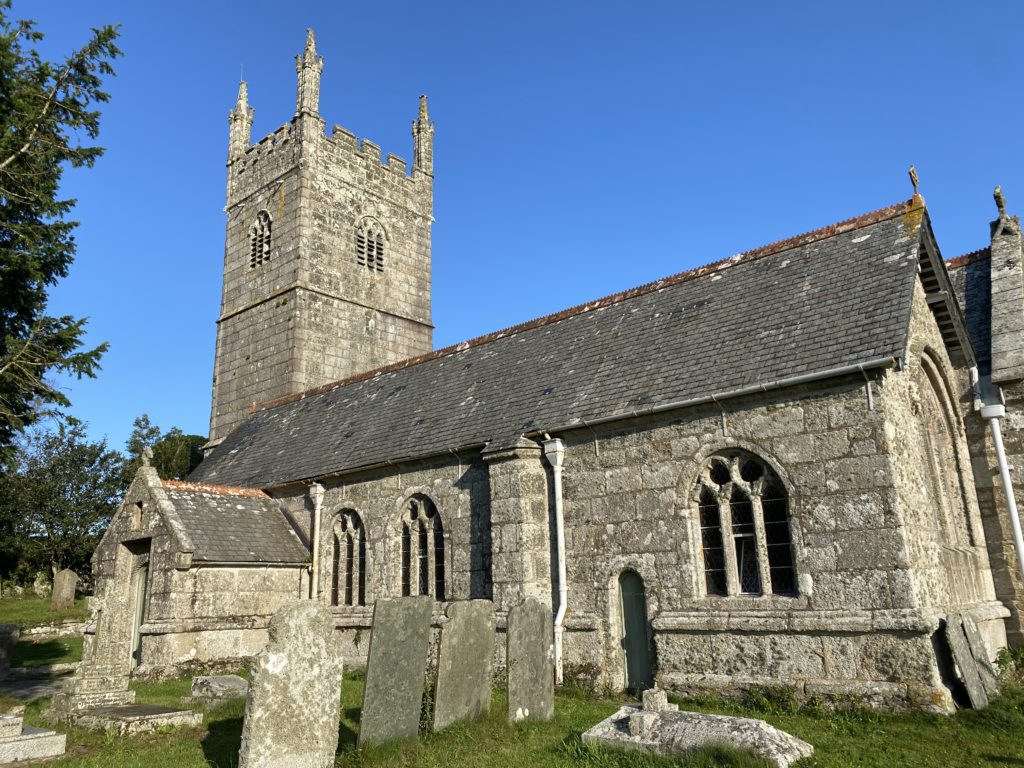 Aside from the amazing views that abound the are, Mabe is also blessed with some great walking trails which take you around the surrounding farmland and the beautiful collage reservoir and Argal lake.